What the hell is even a Digital Fingerprint ?

Digital fingerprint, as complex as it sounds, is simply just the digest(output) of a hash function. Example:

There you go - we just created a digital fingerprint of the string 'adityathebe'. As simple as that!

The above command may not run on a Windows machine or on MacOS. In that case, you can try online tools to get the sha256 hash - https://emn178.github.io/online-tools/sha256.html

There are many more hash functions in addition to these.

Digital fingerprints are created to ensure Intigrity. Let's imagine I have a will that says I want to donate all of my bitcoins to John Mayer. Here's the will.txt file where I state just that

With that file in hand, I can create a digital fingerprint using sha256.

I submit my will along with the fingeprint to the executor.

Now comes sneaky Kanye. Kanye hacks into the executor's system and then changes the will.

Kanye having the day of his life

The two fingerprints do not match. And that's how the executor will know the Will was tampered !

Now, of course, if Kanye was smart he would have changed the fingerprint as well. All he had to do was regenerate the sha256 hash of the modified will.txt file and then saved that as the fingerprint.txt file.

Read about Digital Signatures on my other blog post.

Digital fingerprints are extensively used in Public-key cryptography. Public keys in general are very length. You can find my PGP public key here which is around 3000 characters long.

How would you verify that you actually have my correct public keys? Well you can simply check each character one by one or instead compare the digital fingerprint of the public key which is far less tedious. Here's the sha256 digital signature of my public key 76070d7abecae498c02ed11d0f7c41bc9ca97a7108fea93edf3d98386d930e45

You can visit github.com and then click on the lock screen in the address bar to see the certificates. There you can see the sha256 and sha1 digital fingerprints of Github's SSL public key. 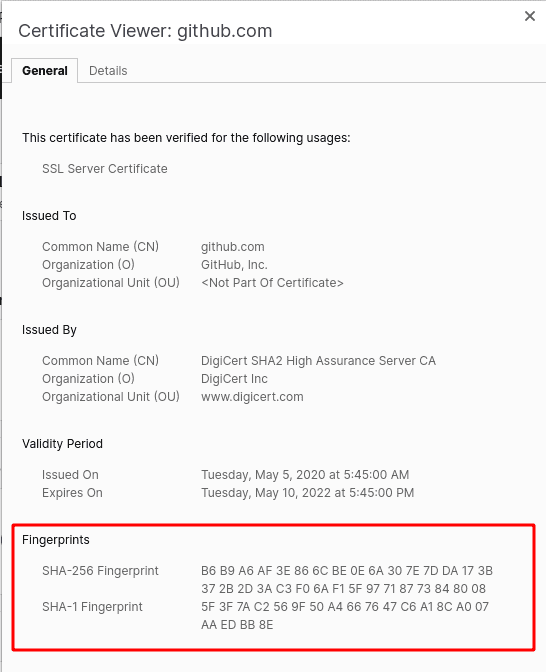 GPG, an encryption tool, also shows the digital fingerprints of the public keys instead of the entire public key. 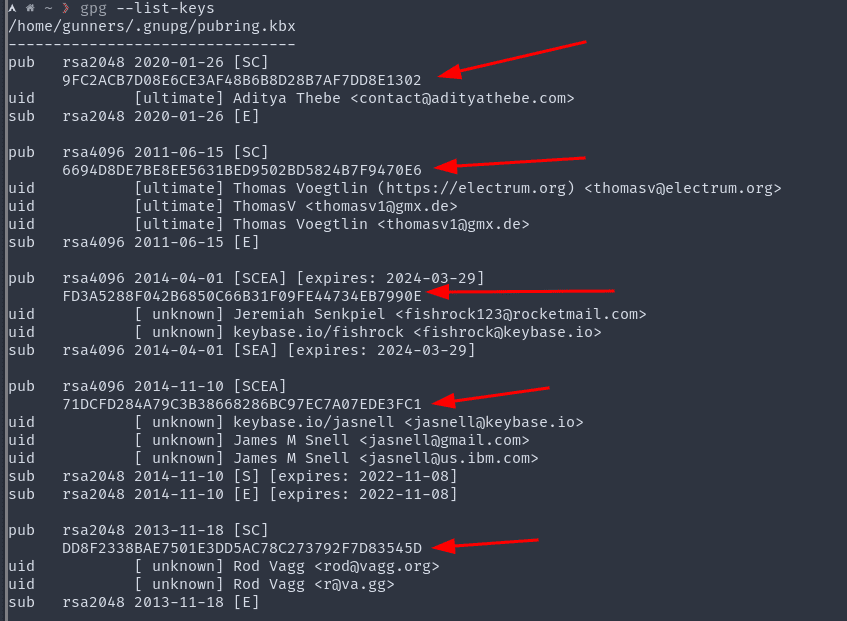 When you try to ssh into a new system, the host system's digital fingerprint will be displayed on the prompt.