Make sure to clean your Go build cache

I realized that my storage was quickly getting filled out. I had recently added a new user to my system so I thought maybe that accounted for the sudden spike in storage usage. When I finally checked what was actually going on, I saw that my Go build cache directory was taking up about 35GB! 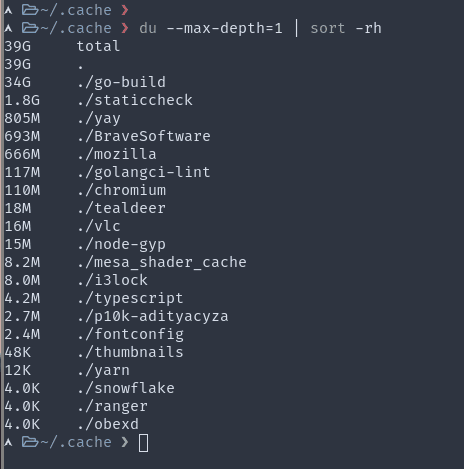 The default location for build cache data is a directory named go-build in the standard cache directory. For me, on Linux, it is ~/.cache/go-build/. You can find out yours using this command 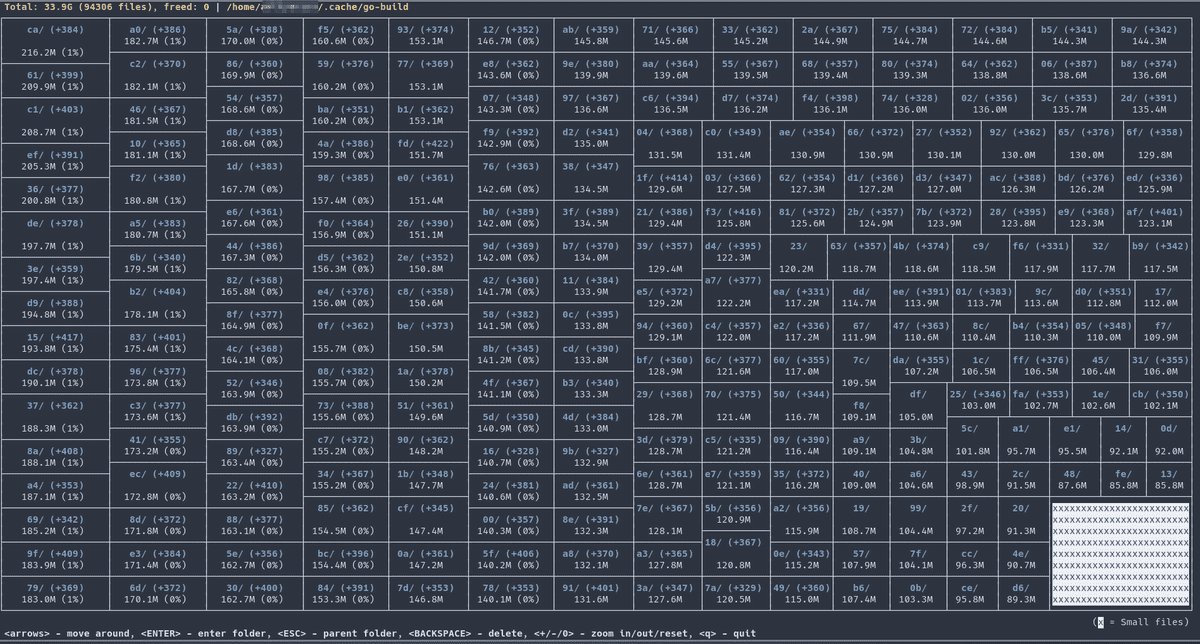 Finally, to address the question of this article, you can run this command

The trim.txt file stores a Unix timestamp. I'm guessing it's the timestamp of the time you run the clean command.

In addition to the build cache Go also has a few other caches.

Both of those flags clean caches that are inside the build cache directory.

All of this information is available with go help clean