Basic introduction to HTTP requests with TCP Sockets in NodeJs

I love programming in NodeJs; mainly due to the speed in which I can quickly get an application up and running. Need to make an http request ? npm install axios and a few lines of code will do the trick. Need to create an http server? npm install express and with few lines you've an http server running. Now take a look at this StackOverflow answer on how to make http request in Java. There's just so much of code to write ...

But this convenience comes at a cost. All these fancy easy-to-use libraries abstract the nitty gritties that's happening under the hood.

I learned about sockets years after learning to make http requests in NodeJs. The convenience provided by RequestJs and ExpressJs never made the need for me to learn sockets. In fact I didn't even know that there's such thing as sockets just a while ago and I am sure many new devs don't either.

You've probably heard of TCP. It is one of the protocols that governs the exchange of data over network connections.

HTTP works over TCP (Any other protocol like UDP is fine as well but TCP is the standard). This means whenever we need to make an http request to a server - via whatever means like nodejs, python, curl or web browsers - we first need to establish a TCP connection with the server. Once the TCP connection is established, http requests and responses can be exchanged to-and-fro over the connection.

So how do we establish a TCP connection? That's where sockets come in. A socket is an interface provided by the operating system that enables us to read and write to a network. There are 3 types of sockes

Since HTTP is most commonly used with TCP, we are only concerned with TCP sockets in this article. 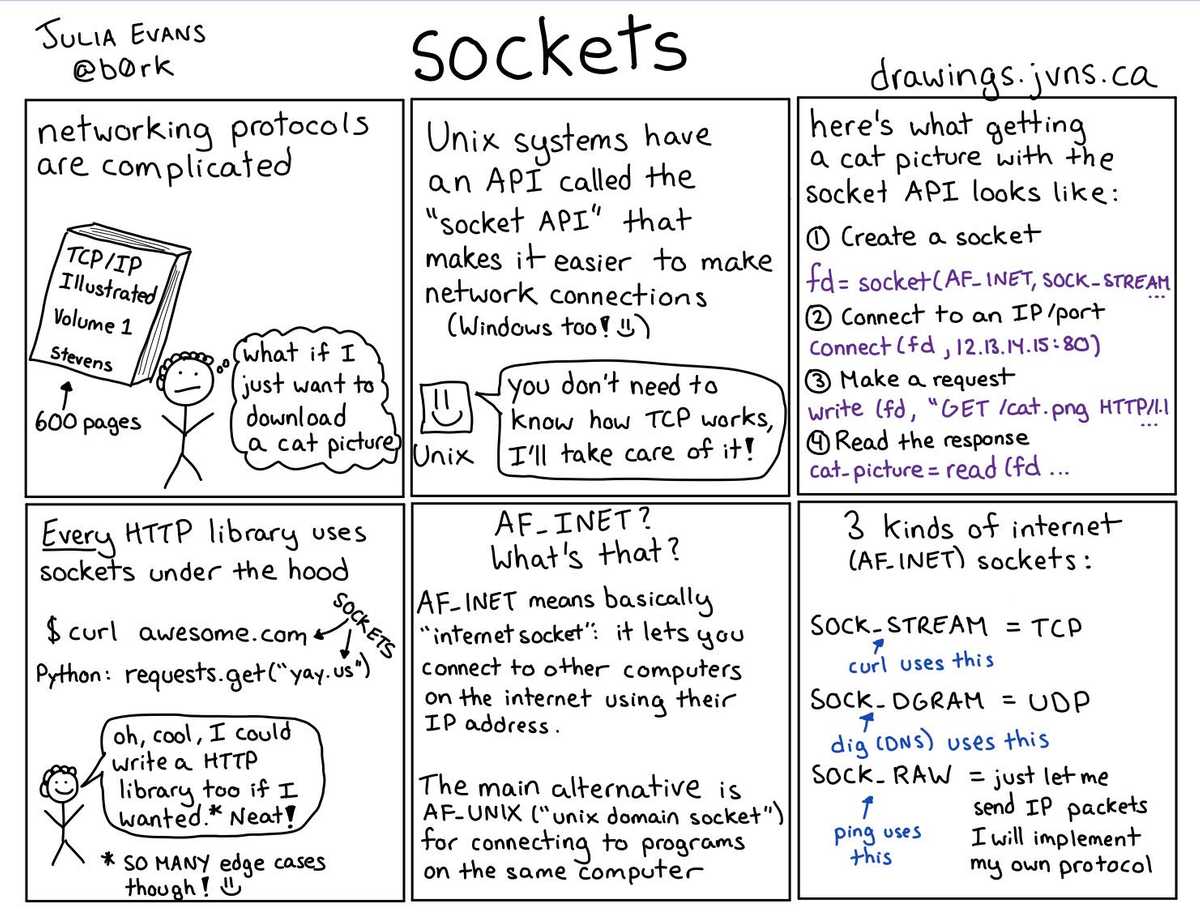 Establish a TCP connection in NodeJs with sockets

There's a webserver running on adityathebe.com on port 80. Let's try to establish a TCP connection with that server.

Send an HTTP request over the socket

Now let's try to send some data over the TCP connection. The data could be anything from a simple text to a large media file. In our case, the data will be an HTTP messages.

HTTP is a really simple protocol - it's literally just plain texts! You can even craft http requests & responses by hand. There are standards & structures to HTTP messages.

As a fun demo, let's try to make an http request to example.com. We can send a very bare minimal http request like this that only consists of http header.

I hope this was fun and helpful. Under the hood, the libraries like axios, request, express, etc are doing all of these and much more ...