If you're a programmer there's a good chance that you have, at least once, written a prime detection function. This problem seems easy enough for anyone who knows what a prime number is and in fact it is ! But many of us approach it the wrong way. The most obvious way would be to make a function that classifies a number as prime or composite and then another function that loops through all the numbers say upto a million and then checks each number with the classifier function. There's nothing wrong with this but depending on the prime classifier function, calculating sum of all prime numbers upto 1 million can take anywhere from 1 second to 10 minutes ! Let me write a prime classifier function first ...

Lets see what's wrong with this approach. To classify a prime number say 11, we divide it by every numbers starting from 2 upto 10. To classify 13 we repeat the same process, divide it by every numbers starting from 2 to 12. You can see where this is going. As the number increases, each classification will take more time than the previous one. In CS term the Big O of this approach is O(n2) which is really really bad for an algorithm.

We can optimize this by not classifying even numbers, except 2, since they are for sure not prime. By increasing the counter up by 2 in the two for loops we can ignore all the even numbers. That would decrease the processing time by half. But that's still way off from being a good algorithm.

We can further optimize by taking divisors upto the square root of num. In our for loop in checkPrime function the loop should only continue up to √num. We have now significantly decreased the amount of divisors but this is still not good for large value of N.

There's another much better way to classify a number as prime - the "Primality Test Algorithm". This algorithm does not give prime factors but only state whether the input number is prime or not. Hence there's much less computation to do.

I used both the algorithms to classify the 50 millionth prime number 982,451,653 and the result was:

Similary, I used those two algorithms to get the sum of all primes below 1 million and this was the result

Wot !! That's a massive performance gain if you ask me. Primality Test is in fact considered to be the fastest prime detection algorithm. But wait there's another even better algorithm for this type of prime calculations. This next algorithm gets the same result in just 50ms.

Here's how it works. Let's say we need to get all the prime numbers upto a number N.

Step 1: We generate an array of numbers starting from 2 to N-1. So now we have N-2 elements in the array.

Step 2: Then all the elements of the array are set to boolean value TRUE. True means they are prime (yet). But as we proceed we'll have many False values. It's analogous to how we filter out unwanted particles using a sieve. At first all of them are in the sieve machine (set to True) and then at last only the required particles (prime numbers) are present. 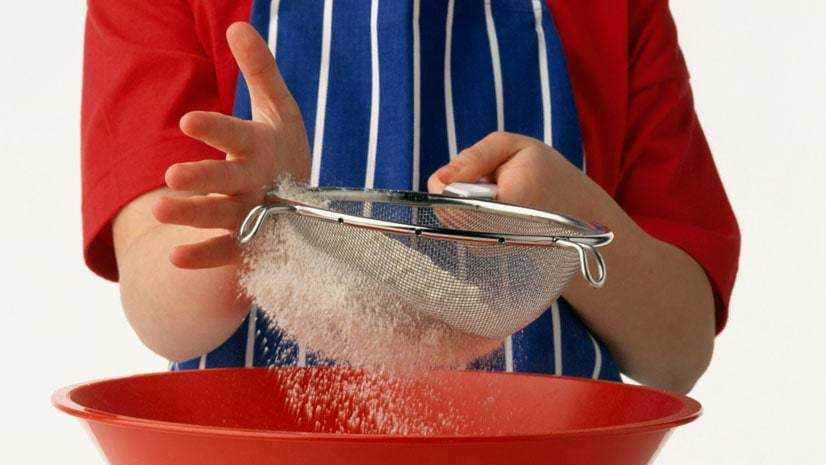 Step 3: Now starting from the 2nd index of the array to the last, we remove the multiples of the number. But first we need to check if the current number ( or index of array ) is TRUE of false. If the value is TRUE, we calculate its multiple and if it's false we don't.

So what do we do once we find the multiples? We set the boolean value of that index to FALSE. Don't worry if this sounds confusing right now ( I'm not very good at explaining ) but this example will clear up everything - I promise!

Notice that I didn't include 6 in the multiples of 3. It so happens that, for a number n we can start counting its multiple from n^2. Example: for n = 5, we do not need to look for 10, 15, 20. These numbers are already cut out by previous numbers and excluding them will save a tiny bit of processing time.

Step 4: Now we have an array with mixed values of True and False. True indicates that the number is a prime and false indicates the number isn't prime. We loop through the array and add the index value whose value is set to True. And finally we will have the sum of all required Primes.

You must have probably guessed the problem with this algorithm. Yes, it's the memory consumption! For N = 1million we need an array of size 1million! In Node for large values of N, we see the classic javascript error - " heap out of memory ". But Node can easily handle upto N = 50 million.

If you've read this far I hope you enjoyed it :)