What does it mean to own bitcoins

What does it mean to "have" bitcoins? Where exactly are they stored? Where can one sign up for a bitcoin account? These were some of the questions that I had when I first started to study Bitcoin.

The notion of owning bitcoins can be difficult to grasp to anyone who has dealt with cash all their lives. There's nothing physical to hold and everything is digital.

When Bob says he has $5 we can understand that he either has a $5 bill or $5 in his bank account. But what does it mean when Alice says she owns 5 BTC? Well, that's what we are going to find out ...

Bitcoin can mean both the currency and the protocol that governs the currency. The Bitcoin protocol differs fundamentally from our traditional financial system. And so to understand it, it's important to learn the fundamental concepts and the underlying building blocks.

The blockchain is a double-entry bookkeeping ledger. The name is derived from the fact that it is literally a linear chain of blocks. A block consists of numerous transactions. Every single bitcoin transaction that has ever happened has an entry in one of the blocks in the blockchain. 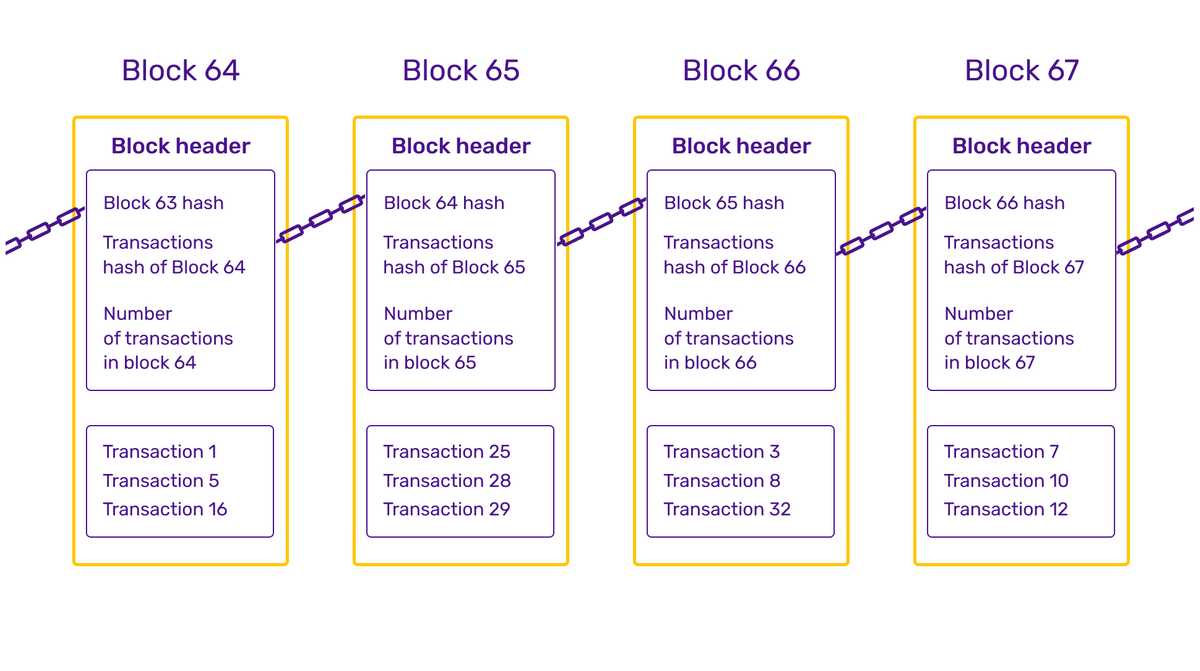 Structure of a blockchain. Source: https://blockspoint.com

The blockchain is public, and anyone can download it and look through the transactions that's not just theirs but anyone else's. If I have your bitcoin address then I can see all the transactions going in and out from your address. Despite the popular belief that Bitcoin is untraceable, it is actually the opposite. In fact, one would need to take extreme measures to stay anonymous in the Bitcoin network.

The important thing to understand, for now, is just that the blockchain is a database of transactions.

Every single bitcoin transaction that has ever happened has an entry in one of the blocks in the blockchain.

A bitcoin transaction is just an entry in the blockchain that indicates transfer of bitcoins. Transaction of bitcoins is quite different from a banking transaction. In a banking system, you have an account where you store all your money. To make a transaction you'd transfer money from your account to the receiver's account. In Bitcoin, there's no such thing as an Account.

Recall, the blockchain is just a list of transactions. There is no such entry in the blockchain that states that Bob's account has 5 BTC or even that there's an account that belongs to Bob. To put it precisely, there's no concept of balance in Bitcoin.

So how and where does one store bitcoins? To answer that we need to understand transactions.

A transaction comprises of a bunch of metadata which are shown below.

Think of UTXO as a safe-deposit box that locks some amount of bitcoin. Anyone that has the key to that safe can spend that bitcoin.

Sending someone bitcoin is basically creating an unspent transaction output (UTXO) that is cryptographically locked and can only be accessed by the receiver's private key.

Structure of a transaction input

So essentially, when Bob wants to make the 5 BTC transaction, he needs to provide the following input. 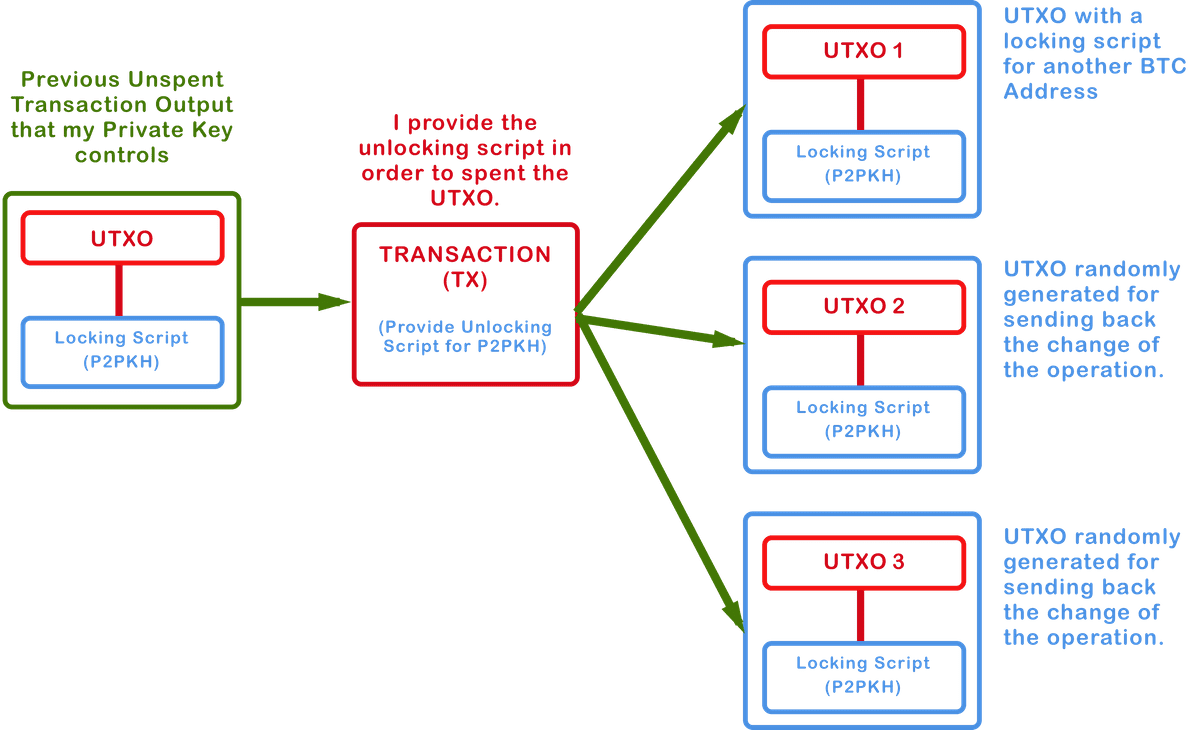 You might have seen some bitcoin wallet applications that show the balance of a bitcoin address. 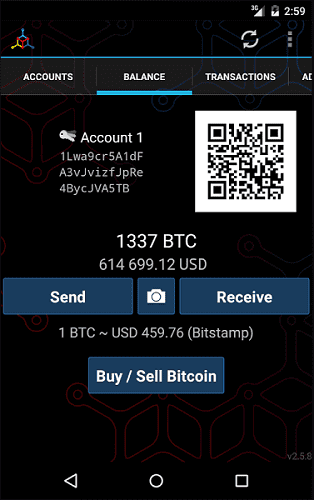 The Bitcoin network actually keeps track of all the available unspent UTXO. A wallet application calculates the user’s balance by scanning the blockchain and aggregating all UTXO belonging to that user.

A user's bitcoin balance is the sum of all unspent UTXO that can be unlocked by the user.

How are Bitcoins generated?

Hold on... so Alice got her 5 BTC from Bob. Bob must have gotten them from someone else and that someone must have gotten from some other person. But where is the point of origination in this chain of ownership? How are bitcoins added into the blockchain? Who adds them?

Bitcoins are generated by miners. They are the ones who introduce new bitcoins into the Bitcoin network.

Did you not find it odd that the transactions are stored in blocks? Why is it not just a single block but rather a chain of blocks? The answer to that certainly deserves another article but just understand that when you make a transaction it does not get added into the blockchain immediately.

The mining nodes receive lots of transaction information and they store them in their computer's memory. The task of a miner is to put the transactions in the blockchain in a new block. This process of placing a block into the blockchain is called Mining.

Mining bitcoins requires making a lot of autmoated calculations and only those miners with very powerful mining devices have a chance at successfully mining a block. Miners compete against each other to put a block into the blockchain and when one of them successfully mines a block, he/she gets some amount of BTC as a reward called a Block Reward. Unlike a normal transaction, a block reward does not require an input. The money is generated out of thin air. This is the only way bitcoins are added into the blockchain.

The block reward will keep on decreasing exponentially. It is projected that in the year 2140, the last halvening will take place and there'll be no more block rewards. This essentially means that there is a limit to the production of bitcoins. It's 21 million and more than 18 million of them have already been mined.

Most of the things that I've written in this blog post, I've learned it from the book "Mastering Bitcoin" by Andreas Antonopolous. It's open sourced !!